The Felician Sisters of Our Lady of Hope Province gather every six years to elect new leadership. Forty-eight Felician Sisters gathered at Mother of Good Counsel Convent in Chicago, Illinois, during the third week of June 2021 for the Chapter of Elections. These delegates represented sisters from across the province as they elected a new provincial minister and five councilors.

The provincial council will serve as an executive leadership team and advisory board to Sr. Judith Marie Kubicki. May the Holy Spirit guide them as they begin this transition and set a path for the next six years of Our Lady of Hope Province. 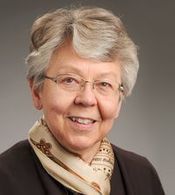 Second Provincial Minister of Our Lady of Hope Province

Sr. Judith Marie Kubicki originally from Buffalo, New York, is an associate professor emerita at Fordham University, where she recently retired after 19 years as a professor in the Department of Theology. Prior to that, she was the academic dean at Christ the King Seminary. She holds a bachelor's degree in music from Daemen College; master's degree in English from Canisius College; and master's degree in liturgical music and doctorate in liturgical studies from Catholic University of America. She is a member of the North American Academy of Liturgy, Catholic Theological Society of America, North American Academy of Liturgy, Societas Liturgica, Universa Laus and National Association of Pastoral Musicians. 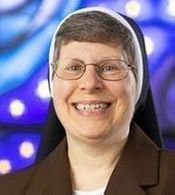 Sr. Janet Marie Adamczyk has served as a member of the provincial council for the past six years. She holds a bachelor's degree in biology and chemistry and a master's degree in business administration from Madonna College.

Prior to her service on the provincial council, Sr. Janet spent 42 years in ministry at St. Mary Mercy Hospital in Livonia, Michigan, as a medical technologist, assistant director of purchasing, director of supply chain and vice president of mission integration, supply chain and ancillary departments. 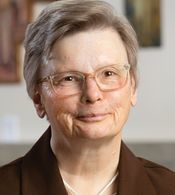 A western New York native, Sr. Suzanne Marie Kush has served on the provincial council and as the director of formation of Our Lady of Hope Province for the past six years. She holds an associate degree from Villa Maria College; bachelor's degree in history from Canisius College; and three master’s degrees: one in religious studies from Aquinas College, another in history from State University College of New York and a third in Franciscan studies from St. Bonaventure University.

Sr. Suzanne has served on the faculty of Villa Maria College in Buffalo, New York, and been an adjunct professor at Felician University in Lodi, New Jersey, teaching a capstone course for nurses on the intersection of Catholic social teaching and Franciscan tradition in their professional and personal lives. She also serves on the advisory board of the Blessed Mary Angela Institute for Contemplation, Action and Transformation and the boards of trustees for Felician University and Villa Maria College.

She has been an adjunct faculty member of at St. Bonaventure University, where her responsibilities included service learning. As director of the Franciscan Center for Social Concern at St. Bonaventure University, she took students on various mission trips including serving on a Navajo reservation in Arizona, establishing apartments for refugees in Rochester, New York, and serving at soup kitchens and shelters.

Sr. Suzanne sits on the National Board of the Franciscan Federation and serves as co-president. She gives lectures and leads retreats for the Felician Sisters in the United States, Rome and Kenya, and is a member of the Franciscan Pilgrimage Program staff. She is also the editor of the History Sourcebook of the Third Order Regular Rule with Sr. Margaret Carney and Jean Francois Godet Colageras. 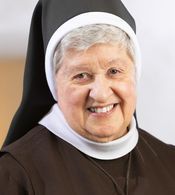 Highlights of her ministries, prior to serving on the provincial council include professor, provost and vice president for academic affairs at Felician College; Felician Sisters general councilor at the generalate in Rome, Italy; associate professor and chair of the department of associate degree nursing at Felician College; and vice president for clinical services for the North Philadelphia Health System.

She is a member of Sigma Theta Tau, Alpha Nu, Kappa and Mu Theta Chapters and serves on the board of directors for the McGuire Memorial Foundation in New Brighton, Pennsylvania, and on the board of trustees at the Felician School for Exceptional Children in Lodi, New Jersey. 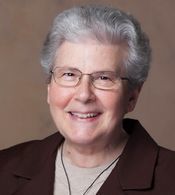 Sr. Mary Sharon Iacobucci joins us from Coraopolis, Pennsylvania, where she serves as the delegate for religious in the Diocese of Pittsburgh. She is a proud alumna of Felician-sponsored Our Lady of the Sacred Heart High School and holds a bachelor's degree in English with certification in secondary education from La Roche College and master's degree in formative spirituality from Duquesne University. She is also certified in the areas of bereavement, social ministry and advanced catechesis.

Sr. Sharon is a member of the National Conference of Vicars for Religious (NCVR) and serves on the board of directors for Sisters’ Place in Pittsburgh, Pennsylvania, and the seminary advisory and admission boards for the Diocese of Pittsburgh.

Prior ministries include 15 years in education, 10 years as a director of religious education, six years in parish ministry and more than 20 years in all levels of formation. She also served a six-year term on the provincial leadership team of the former Our Lady of the Sacred Heart Province. 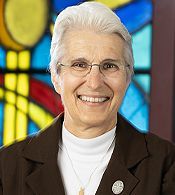 Sr. Nancy has served on the board of directors for Joseph Hospital in Bangor, Maine, and the Felician Adult Day Center and Felician Senior Services, both in Enfield, Connecticut. She has also ministered as a teacher and held leadership positions as the administrator and director of the Our Lady of Angels Care Center, interim director of the Felician Adult Day Center and provincial vicar.