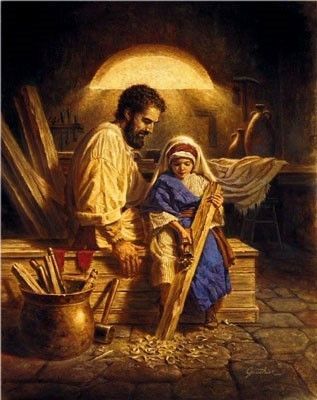 On the morning of January 6, the day of the Capitol insurrection in Washington, D.C., Sr. Lynn Marie Zawacka emailed Provincial Minister Sr. Mary Christopher Moore and the provincial council to share an inspiration.

She wrote, “In this year dedicated to St. Joseph, it would be wonderful if the Felician Sisters of North America would have a Mass offered for President-Elect Joseph Biden as he becomes President of the USA. I think Biden would be deeply grateful for Mass on Inauguration Day. He needs lots of prayers to govern our country that is so divided.”

In response, Sr. Constance Marie Tomyl put her creative skills to work and designed a card to send the President-Elect from the Felician Sisters of North America. The inside text reads:

With the Apostolic Letter Patris corde (With a Father’s Heart), Pope Francis recalls the 150th anniversary of the declaration of Saint Joseph as Patron of the Universal Church. To mark the occasion, the Holy Father has proclaimed a “Year of Saint Joseph” from December 8, 2020, to December 8, 2021.

In it, he writes about “the creative courage” of St. Joseph, which “emerges especially in the way we deal with difficulties.” “The carpenter of Nazareth,” explains the Pope, was able to turn a problem into a possibility by trusting in divine providence.” He had to deal with “the concrete problems” his Family faced, problems faced by other families in the world, and especially those of migrants.

We believe that this is a special year for you, who are named Joseph, called to lead our country at this critical time in its history. The Felician Sisters of North America place you under the special protection of St. Joseph and pray that he guide you in the path of life and obtain for you the grace, mercy, and courage you need.

The Holy Sacrifice of the Mass will be offered for you on January 20, Inauguration Day, in the chapel of Our Lady of Hope Convent in Beaver Falls, Pennsylvania.