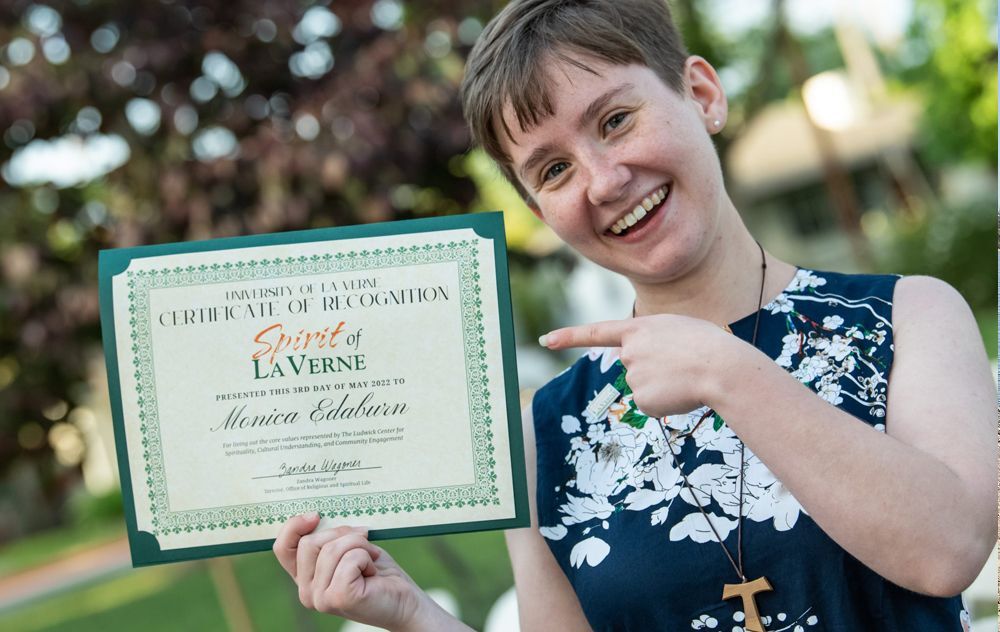 While much of the good work we see done has the face of a mature sister behind it, a fresh-faced young woman just beginning her Felician life was recognized for her admirable efforts to engage Catholic students on campus.

Felician Candidate Monica Edaburn was honored at the University of La Verne (CA) with the Spirit of La Verne award. The award recognizes students “for living out the core values represented by The Ludwick Center for Spirituality, Cultural Understanding, and Community Engagement.”

In 2018, when Monica was a freshman, she found the two Catholic organizations on campus to be inactive. The following year she established the Catholics in Action Club. Soon the campus schedule was filled with Lectio Divina sessions, Rosary gatherings, a visit from San Gabriel Regional Bishop David G. O'Connell, and other spiritual events. When COVID-19 sent everyone to distance learning, Monica kept her club going with virtual events.

Monica and the Catholics in Action Club received several awards in the three years since the club began, including Best New Club, Best Club of the Year, and Best Club Leader.

In October, Monica will take the first steps of her Felician journey as she begins three years of initial formation.