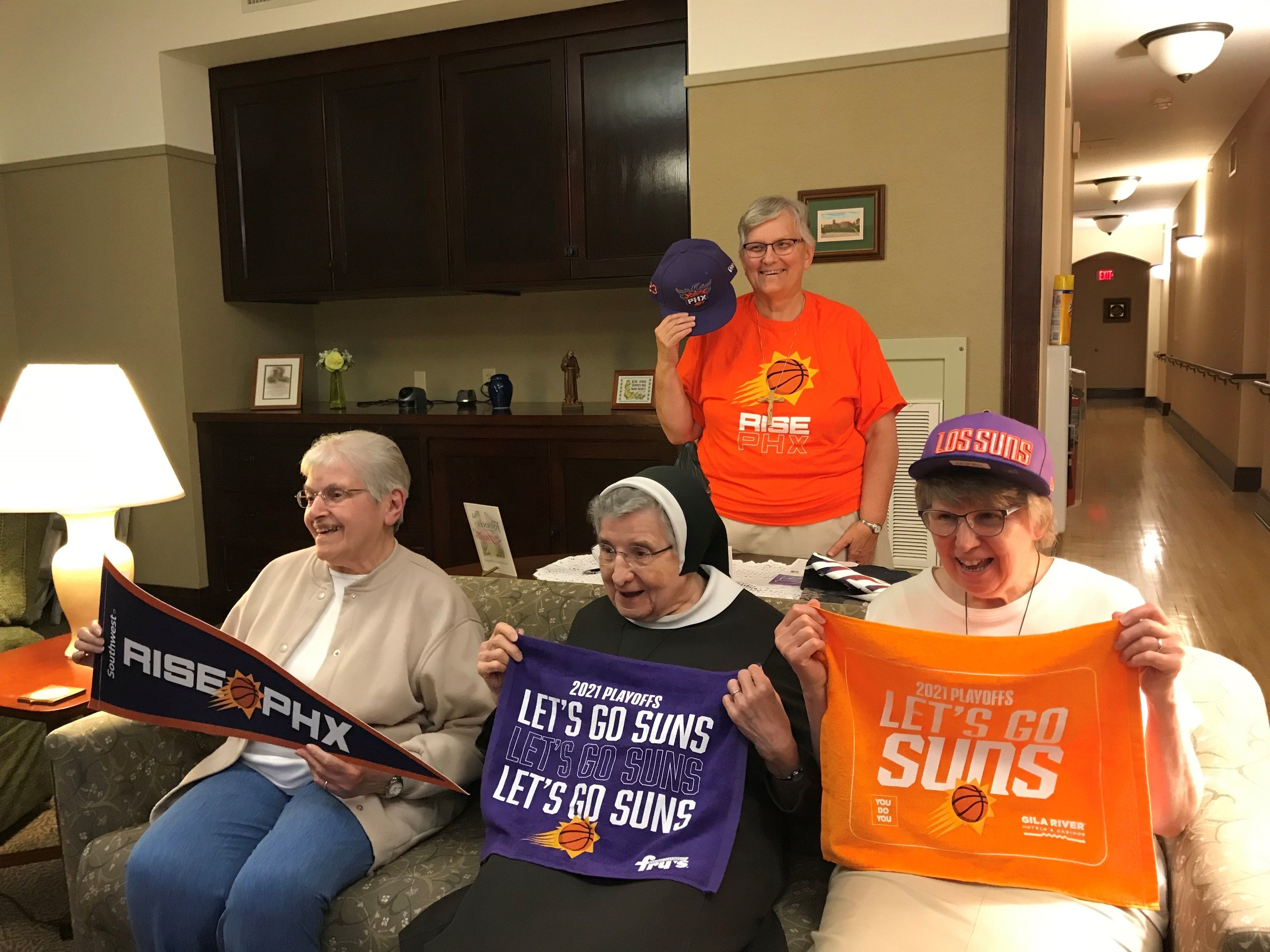 The Felician Sisters of Our Lady of the Sacred Heart Convent in Coraopolis, Pennsylvania, had plenty of reason to cheer during the NBA finals this year. Cameron Johnson, a graduate of Our Lady of the Sacred Heart High School (OLSH) and now a guard for the Phoenix Suns, was putting on a stellar display – including a dunk on Milwaukee Bucks’s P.J. Tucker that has been blowing up on social media.

The sisters have always been fans of the OLSH Chargers, making frequent appearances in the stands and on the sidelines of the games and even participating in pep rallies. But this is the first time they have been able to watch one of their own play in the pros.

“We followed Cam through high school, then college and now in the NBA. He is an extraordinary player – so smart and so generous. Despite all of his success, he is just such a gentleman,” said Sr. Mary Francine Horos, a teacher at OLSH, who was also interviewed by WTAE Channel 4 in Pittsburgh to talk about the sisters' support for Johnson.

Johnson graduated from OLSH as the salutatorian and was recruited to play at the University of Pittsburgh, where he earned his bachelor’s degree in communications in three years. He then set off to the University of North Carolina, where he had three impressive years on the team while pursuing his master’s degree in sports administration. In fact, when he’s not on the court, he is in the midst of writing his master’s thesis.

In 2019, Johnson was drafted by the Minnesota Timberwolves as the 11th overall pick and was quickly traded to the Suns. In his first professional appearance, he came off the bench to help the Suns defeat the Los Angeles Lakers. He made his first start less than a year later, also against the Lakers. Two years later, he is continuing to make a name for himself, and the sisters in Coraopolis are hoping he’ll come home for a visit soon.

“Cam’s mom is still our school nurse at OLSH,” said Sr. Francine, “so we hear all about him. We hope he’ll stop in to see us. We’re so proud of him.”

Click here to watch the video of Cam Johnson's dunk.

Click here to watch the interview with our sisters that aired on WTAE TV4 in Pittsburgh.

Our Lady of the Sacred Heart High School is a ministry of the Felician Sisters of North America located in Coraopolis, Pennsylvania. To learn more, visit their website at www.olsh.org.