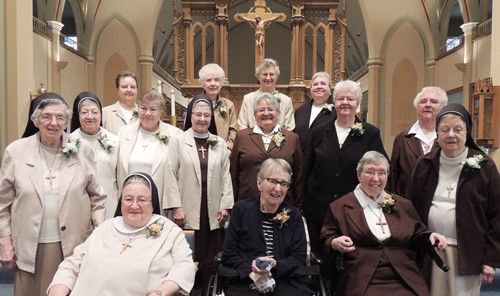 Mother of Good Counsel Convent Chapel in Chicago, IL, was aglow with the smiling faces of 15 Jubilarians celebrating 50, 60, and 70 years of religious life.

Father Michael Suszynski, former chaplain of MGC, presided at the Mass. During his homily, he noted that combined the jubilarians had given 890 years of service as women religious. Although the sister celebrants performed a variety of apostolates, “It was who they were,” he said, “and not what they did that really counted.” He concluded his homily saying, "I'll let Pope Francis have the last word: 'Go, wake up the world.'"

Congratulations to our jubilarians: